Having recently moved my Soundstick III's into the front room, I've been thinking of a way to wall mount them safely to free up table room. Googling eventually turned up just one person who has previously documented mounting his soundsticks on the wall, using 22mm plumbing clips (intended for 22mm central heating pipes).

A quick scrounge round the local Homebase this afternoon yielded a pack of similar clips, 5x 22mm push clips for £1.99. Having just fitted the speakers to the wall, they're nice and secure (providing no-one hangs on them, which they shouldn't do), fairly neat and simple to fit.

I've left the subwoofer on the floor under the table, and only mounted the "sticks" (tweeters) on the wall, one each side of the mirror over our dining table. I can then conveniently run the cables to the "sticks" behind the mirror and keep it looking neater.

I affixed the clips to the wall, one either side of the mirror with enough space for the speaker to sit without overlapping the mirror. Mostly just held the stick up and guessed at where to put the clip, but it looks ok. 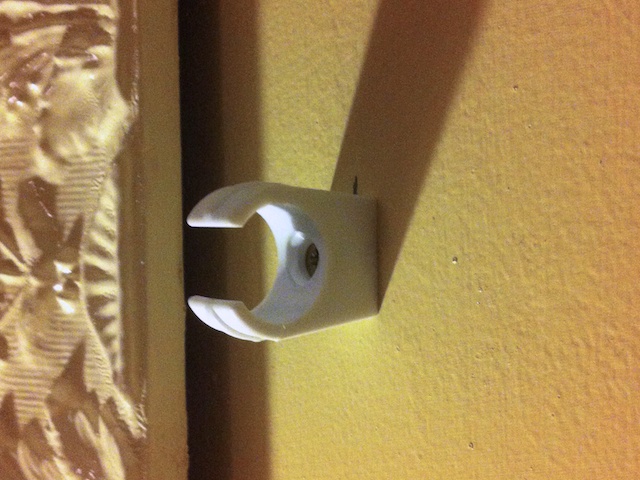 Then I bent the speaker stand backwards behind the stick (don't worry, it's on a hinge!) and threaded the cable through the middle of the ring to make it sit flusher against the wall. 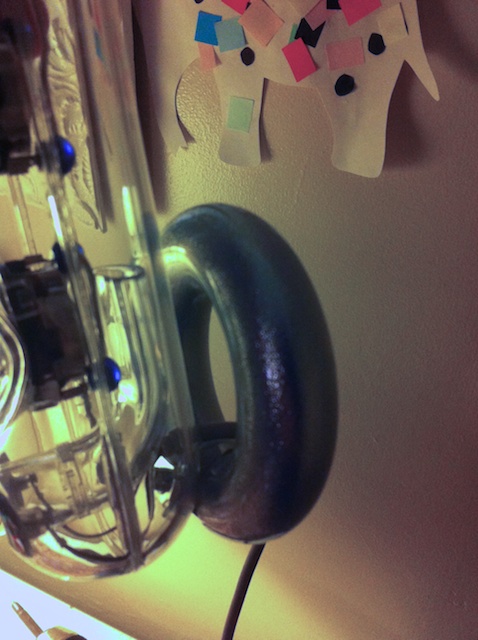 And then it was just a case of easing the speaker ring into the clip, with the clip at the top of the ring (picture below if you can't visualise that easily). I think the rings are more like 24-25mm so it takes a bit of easing to get them in there. Once it's in there's no play in the clip for it to wiggle out though, even though it's plastic. I tried not to fatigue the clip arms too much wiggling it in there as well, so as to minimise the chance of it failing over time. (Something to check periodically!) 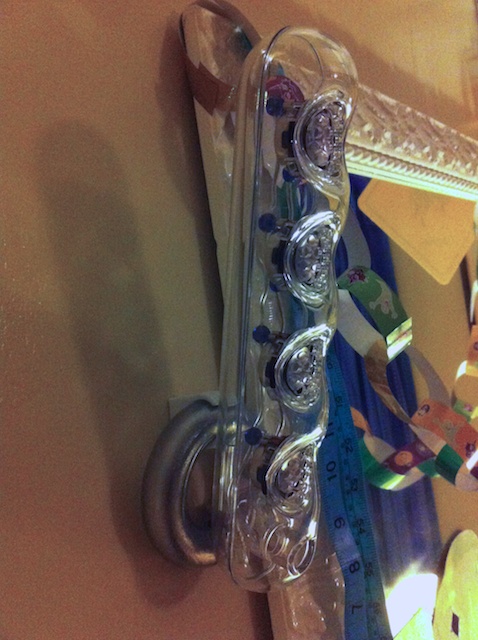 Lastly, I just zip tied the cables together behind the mirror, and ran them down vertically from the middle to the floor and plugged them in. Sounds fantastic, and due to being plugged into an Airport Express, anything compatible can stream audio through them wirelessly. Fabulous darling! 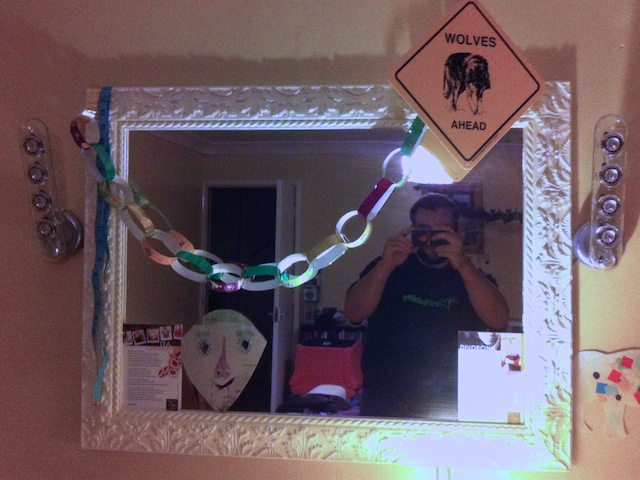